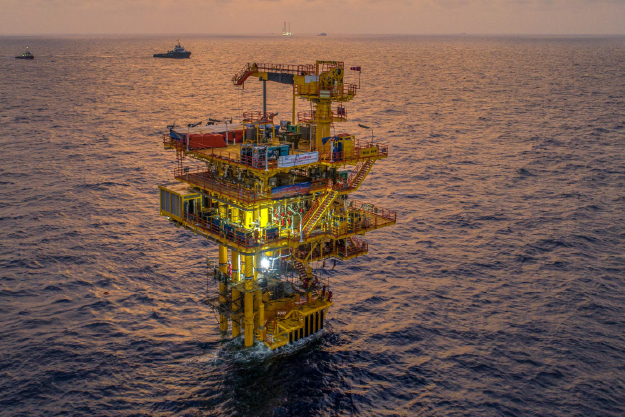 Energy transition has been the talk dominating the industry following an accelerated shift towards renewables in recent years. Nevertheless, it has yet to diminish the demand for oil and gas which is  expected to remain robust in the coming years as the world rebuilds, post-pandemic.

According to the Monthly Oil Market Report released 11 March 2021 by the Organization of the Petroleum Exporting Countries (OPEC), global oil demand is expected to rebound strongly in the second half of 2021, reflecting expectations for a stronger economic recovery with the positive impact of vaccination rollouts.

With the bullish outlook on oil and gas, the decarbonisation of its core operations is critical in ensuring energy security while keeping in line with global efforts to reduce emissions.

Malaysia Petroleum Management (MPM), PETRONAS Senior Vice President Mohamed Firouz Asnan says, “For oil and gas companies, the key is to produce ‘advantaged’ barrels”, which are barrels with low cost and carbon intensity. These barrels yield competitive returns and are expected to be the source of the bulk of oil and gas supply in the next few decades.

Mohamed Firouz notes that Malaysia provides a set of diverse opportunities to produce these “advantaged” barrels.

On 26 February 2021, MPM officially launched the Malaysia Bid Round (MBR) 2021 themed "Grow Your Energy Portfolio With Us", offering 13 new exploration blocks consisting nine shallow water and four deepwater blocks located in areas that have seen prominent exploration discoveries in recent years. Four of the blocks are also bundled with six discovered fields – an indication of the vast potentials in the blocks up for grabs this time around.

MBR in its sixth edition this year, is a platform for MPM to offer and promote offshore blocks to investors to unlock the potential that lies in Malaysia. “For 2021, MPM is offering attractive exploration blocks located within proven hydrocarbon basins and within the reach of well-established network of hydrocarbon evacuation routes,” says Mohamed Firouz. To date, some 40 billion barrels of oil equivalent (bboe) have been discovered in Malaysia, one of the highest in the region, with 20 bboe more waiting to be unlocked.

Acting for and on behalf of PETRONAS, MPM also regulates and manages Malaysia’s hydrocarbon resources. As part of its efforts to draw in agile and qualified investors, MPM is realigning its Production Sharing Contract (PSC) fiscal terms to meet industry expectations and refining its offerings and processes to attract better collaborations and further investments into the industry. 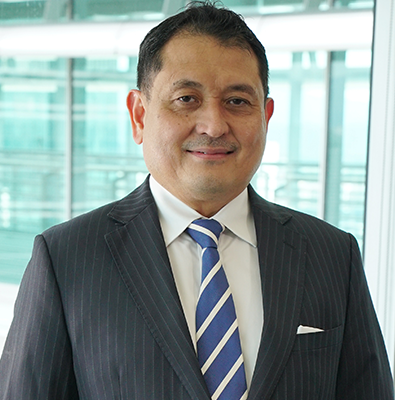 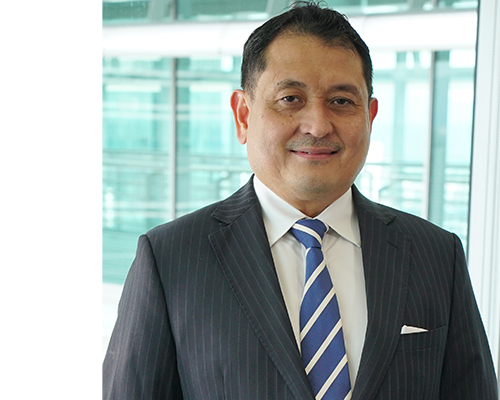 Flexible Terms and Innovative Incentives to Ensure Viability of Investments

“Our track record shows that we have always been business and investment friendly, and MPM has always worked at creating an environment that promotes the viability of investments,” says Mohamed Firouz. Therefore, MBR 2021 will feature significant fiscal and non-fiscal enhancements. Mohamed Firouz added that in response to feedback from investors and the current economic climate, three new types of PSC fiscal terms including the Enhanced Profitability (EPT) PSC fiscal terms for shallow water blocks were also unveiled.

Mohamed Firouz adds that the terms were reconfigured to further strengthen Malaysia’s position as the oil and gas hub in a thriving Southeast Asian market.

Key features of the EPT PSC terms include a 70-per-cent fixed-cost recovery ceiling and linear profit sharing which will be based on a single oil and gas pool. Depending on the asset’s profitability, the contractor’s profit share will be between 30 and 90 per cent.

On the other hand, the Small Field Assets (SFAs) and Late Life Assets (LLAs) PSC terms will provide opportunities for industry players with niche capabilities to monetise discovered fields with resource size of less than 15 million barrels of oil or less than 300 billion cubic feet of gas and also LLAs, respectively. This initiative will incentivise the monetisation of small fields and prolong the production phase of LLAs, while leveraging Malaysia’s world-class infrastructure and network connectivity.

For non-fiscal enhancements, MBR offers larger exploration block acreages coupled with flexible bidding options and low entry costs. Potential bidders have the option to merge two adjacent blocks into one PSC for blocks located off the coast of Peninsular Malaysia and Sarawak. There is also an option to transfer the Minimum Work Commitment (MWC) between two new adjacent PSCs, providing the flexibility to maximise and optimise the MWC. To ensure lower block entry cost, there will be a two-phased exploration period with drill-or-drop option available for selected blocks located off the coast of Peninsular Malaysia and Sabah. This will involve minimal work commitment in areas such as study or seismic reprocessing.

To enable the optimisation of exploration capital expenditure, the requirement for PETRONAS Carigali Sdn Bhd (PCSB) to be carried in all exploration phase will be removed and any participation from PCSB will be as an equal paying partner. To top it off, PETRONAS is moving towards open data access and enhanced transparency where PETRONAS exploration and production data will be made available online by end of 2021. 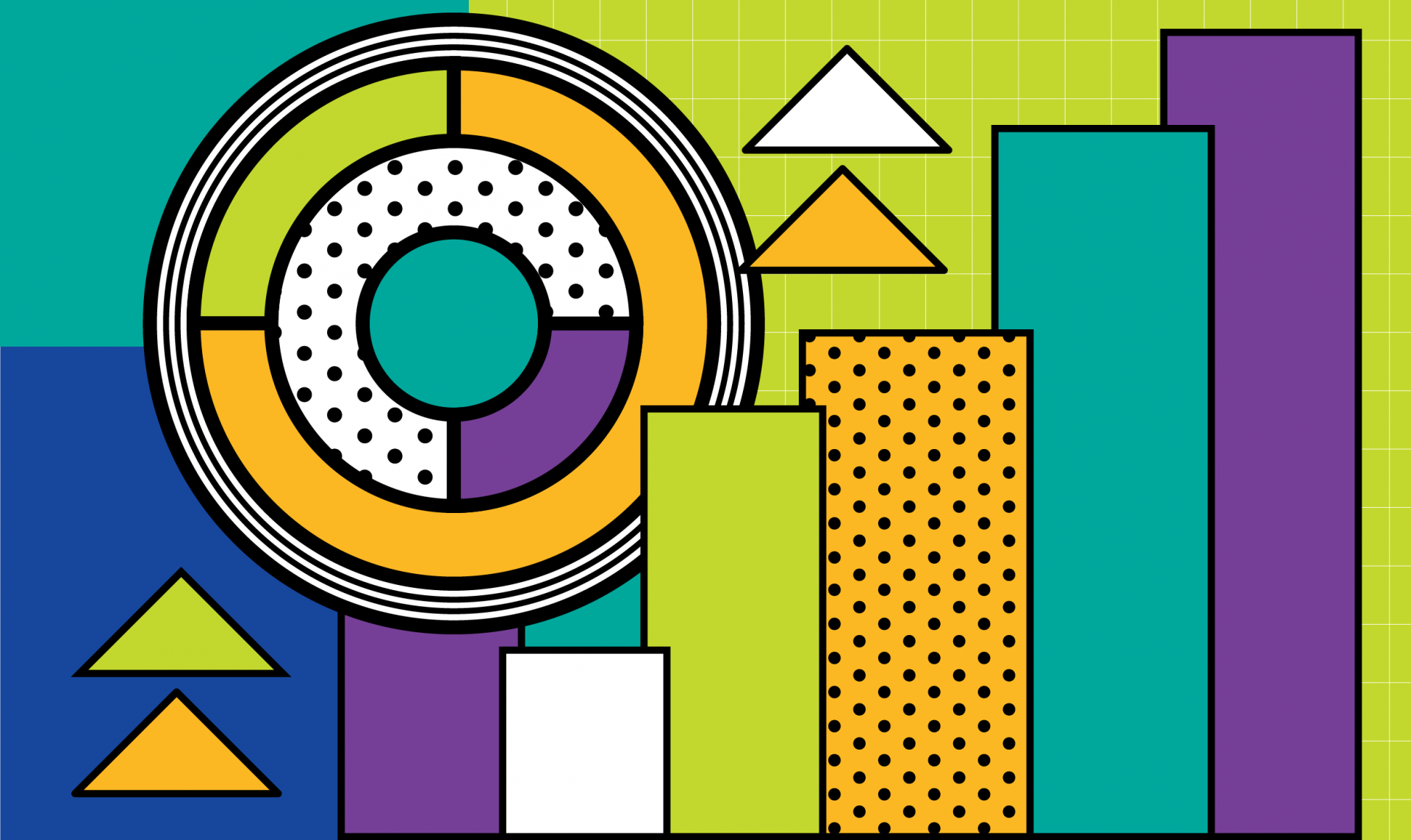 Past Successes and Proven Opportunities

Malaysia’s oil and gas industry has seen accelerated growth and sustained production, with many milestone successes through exploration, development of resources, rejuvenation of brownfields and prolonged life of LLAs prior to decommissioning.

Beyond being the regulator, MPM has also shaped the industry to meet the energy demand of the customers not just in Malaysia but also across the world. Since the establishment of PETRONAS in 1974, the industry has been transformed by the policies adopted by PETRONAS and the Malaysian government. As a testament to this, there have been more than 100 agreements signed to date in partnership with our Petroleum Arrangement Contractors (PAC) from the first PSC signed in 1976. There have also been at least 11 revisions of the Production Sharing Contracts in view of the interest of PETRONAS' existing partners and potential investors.

Key successful development and productions milestones include PM8/Seligi, acquired by EnQuest as a brownfield in 2014 from its previous operator, Exxon. To date, this field has only recovered one-third of its significant hydrocarbon resources. Originally, the field came onstream in the 1990s and produced more than 40 thousand barrels per day of crude oil at the peak of its production. Later, EnQuest not only reversed the downward decline by reactivating many idle wells but also added new production from two new wells which came online in 2018. In total the production hovered between 16 and 18kbd in a span of six years.

Without these initiatives, the outlook will only be around 2kbd by January 2020. Contiguous to this PSC is the shallow water exploration block PM409 where EnQuest is also the operator. This block is a proven hydrocarbon acreage containing several undeveloped discoveries where exploration and development activities can still be carried out.

Similar success in turning around an LLA was seen when SEA Hibiscus assumed operatorship of the North Sabah PSC in 2018. Previously deemed a dying field, SEA Hibiscus added an incremental of 2,200 barrels per day of crude oil production, as well as around four million stock tank barrels of incremental life-of-field gross reserves in November 2020 after completing four infill oil producers on the St Joseph Jacket-F (SJJT-F) platform.

Besides the significant achievements in developing and producing assets, several notable exploration discoveries have also been made in the past three years, for example Patawali-1 (by ConocoPhillips) that tested the Cycle V/VI clastic and Timi-1 (by Shell) that drilled into the Cycle IV/V carbonate off the coast of Sarawak. Recently, the major Lang Lebah and Dokong discoveries (by PTTEP) in the Central Luconia and Baram provinces have shown a dramatic upturn and gave a new perspective on hydrocarbon potential in this region. In Sabah, the Tepat-1 discovery (by TOTAL E&P) in deep Oligo-Mio carbonate has opened up more exploration potentials within the ultra-deepwater Sabah trough area. 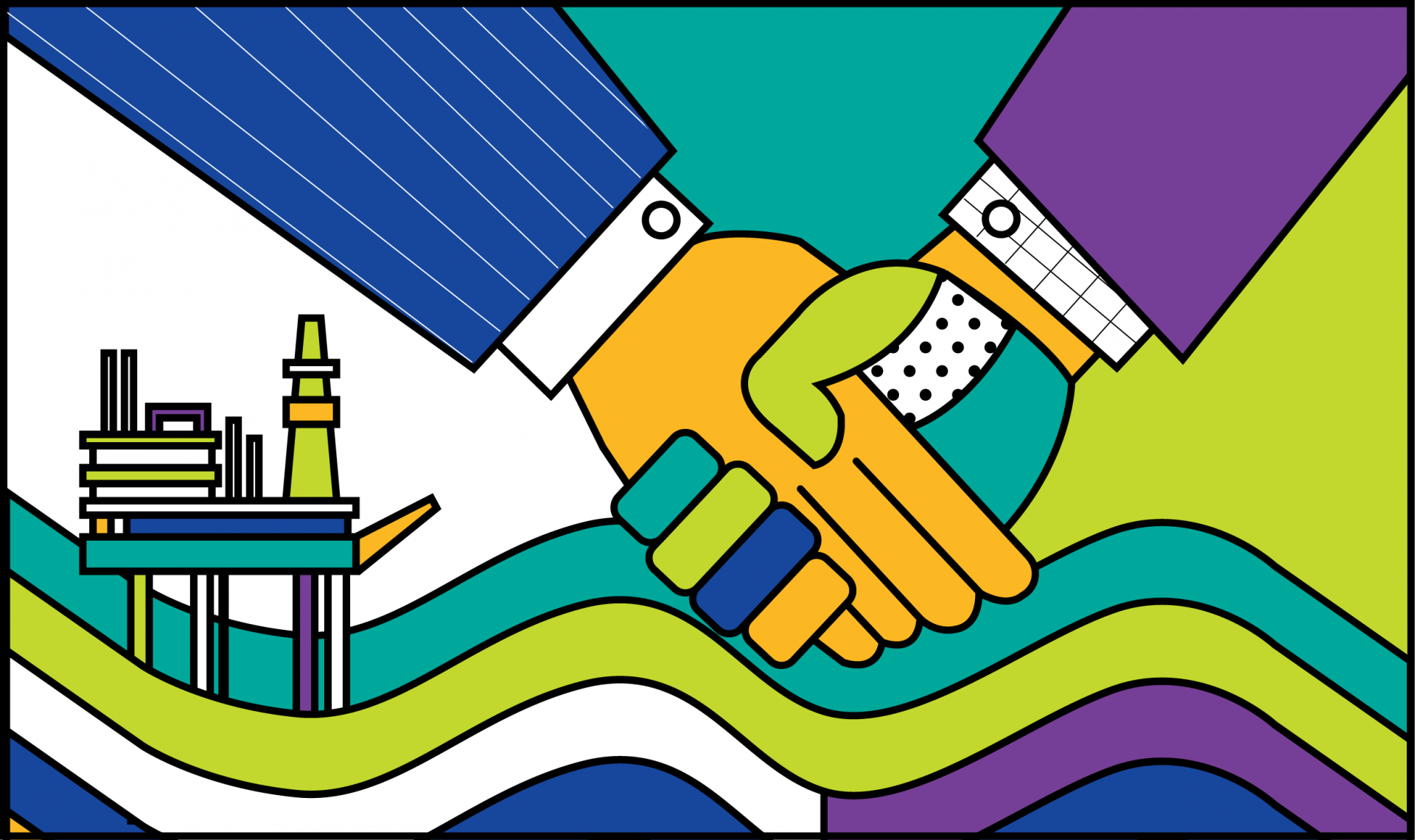 The exploration-driven MBR 2021 offers potential investors a wide range of exploration and study opportunities to grow their energy portfolio and create value. 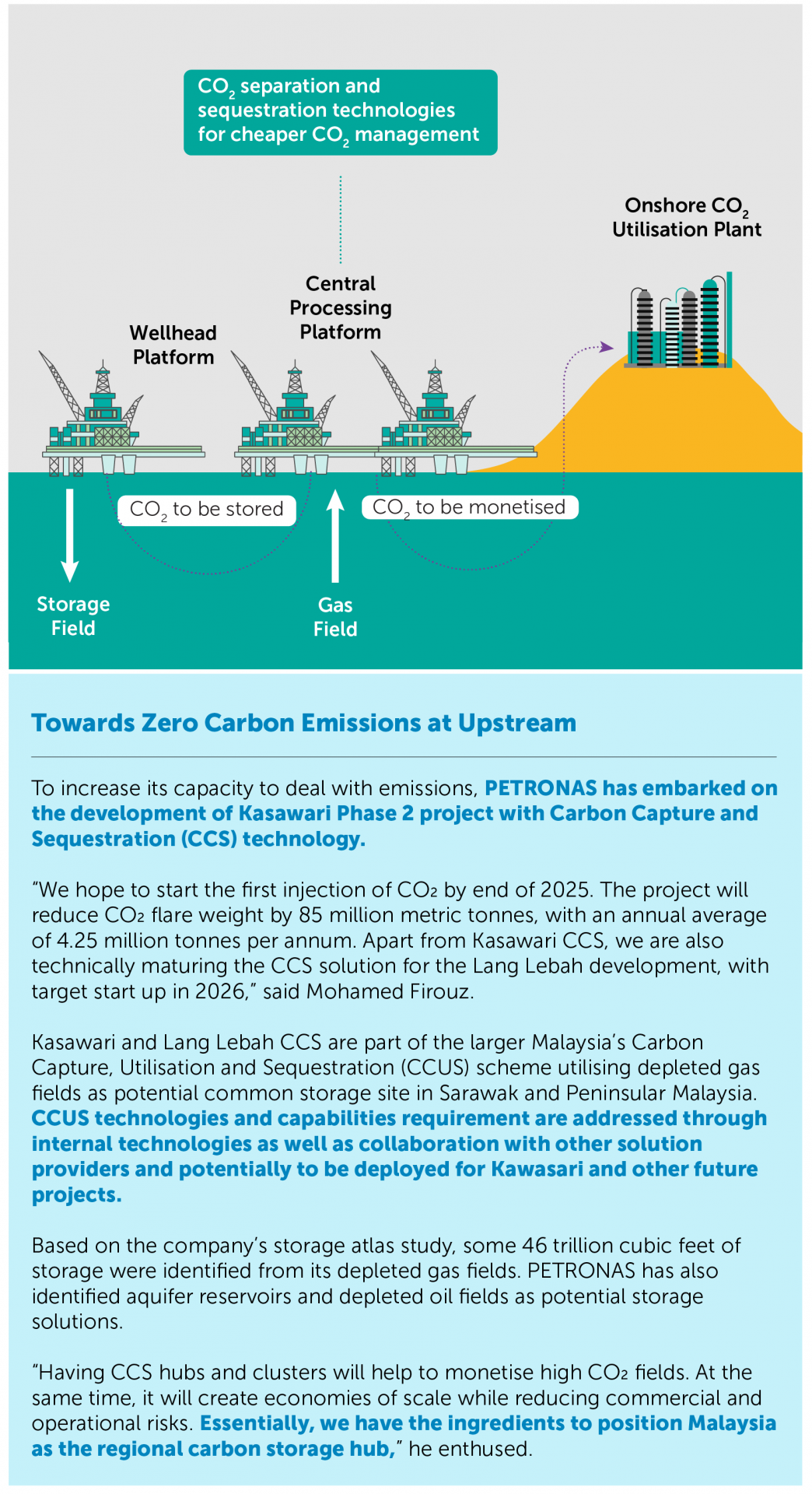 The role of Malaysia Petroleum Management (MPM) as regulator, shaper and enabler of the Malaysian upstream industry offers a host of opportunities to for investment. This stewardship role PETRONAS plays for upstream petroleum activities in the country is a unique feature that differentiates the National Oil Company from its peers globally.

As of January 2021, 90 Petroleum Arrangements are active with 29 operators and partners. There are 600,000 sqkm of open blocks with an estimated potential of 20 billion barrels of oil equivalent yet to be discovered and over 200 open discovered resources which are available for licensing. This acreage is also available for joint study arrangements. While MBR 2021 focuses on exploration blocks, opportunities around late-life assets and small fields are made available progressively throughout the year.

Despite the pandemic, MPM continues to chalk up a series of firsts. The most recent in February this year was when PTTEP, through its PTTEP HK Offshore Ltd (Malaysia Branch), confirmed its largest-ever gas discovery. This is the Lang Lebah-2 appraisal well in the Sarawak SK 410B project offshore Malaysia. The Lang Lebah-2 well was only completed in mid-January 2021, yet now indications point towards a larger reservoir than the initial estimate. This is set to accelerate the project’s development plan. 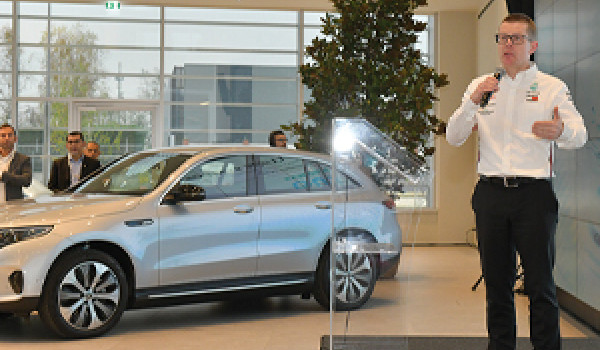 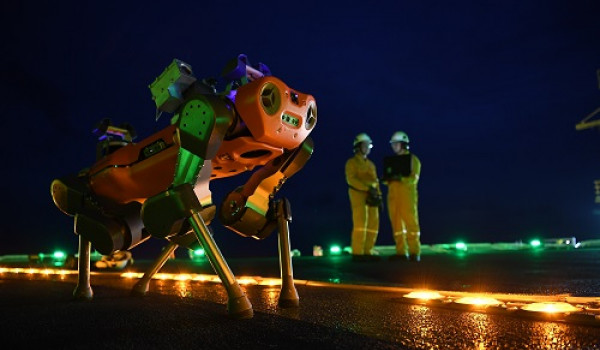 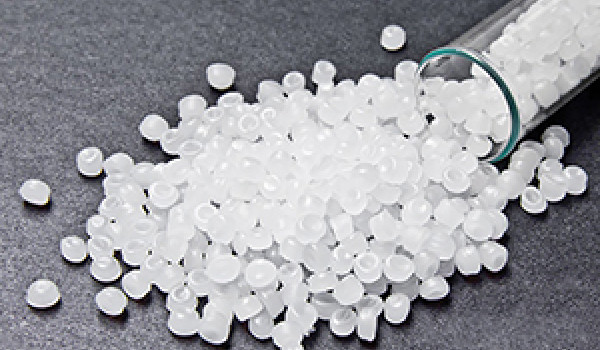