KOTA KINABALU, 11 October 2022 – Sabah Energy Corporation Sdn Bhd (SEC) and PETRONAS have signed key agreements on the supply of natural gas to SEC and on the sale of selected gas pipeline assets and businesses in Sabah. 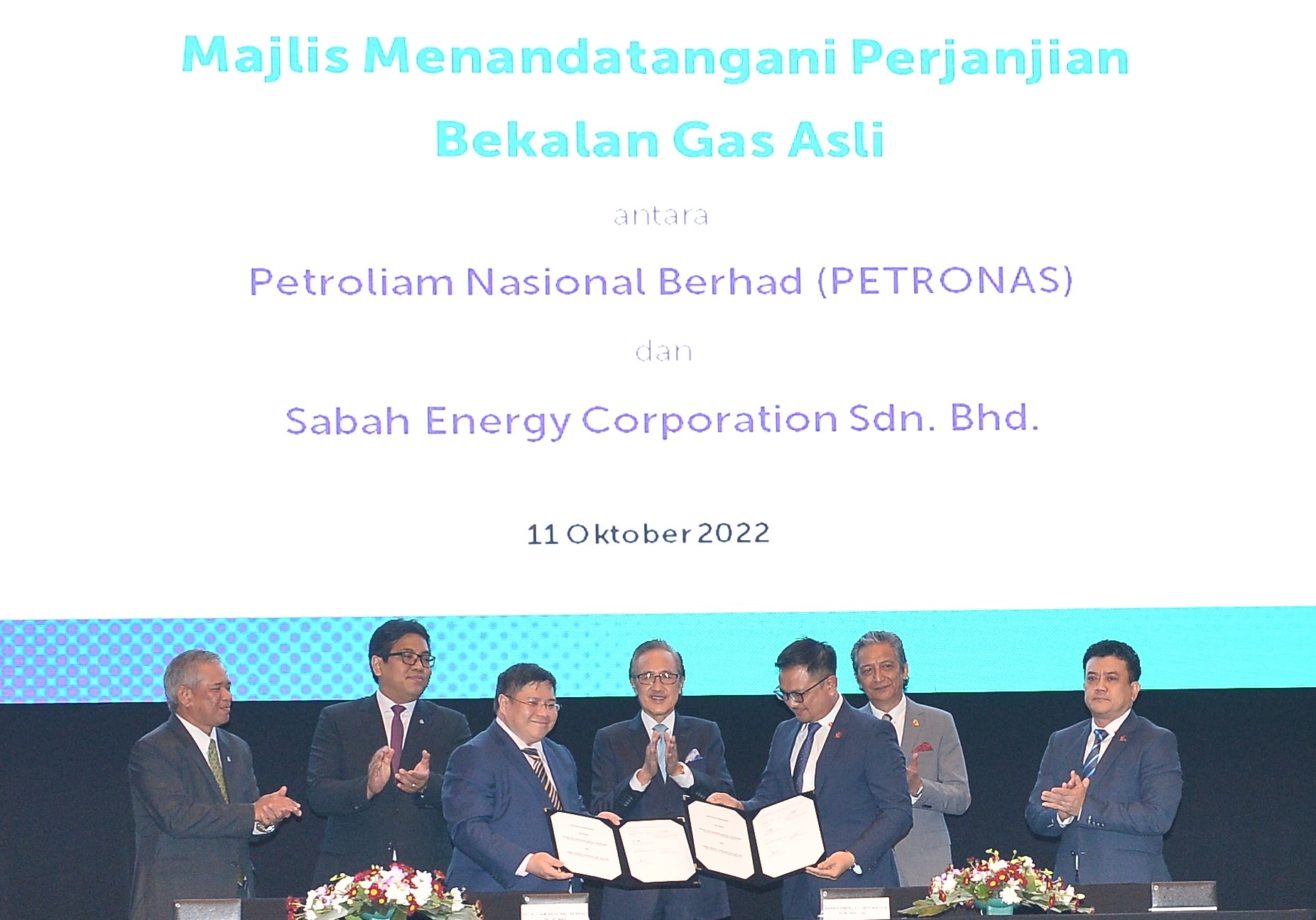 At the same event, SEC and PETRONAS exchanged documents on the sale of selected PETRONAS’ gas businesses in Sabah which consist of gas supply agreements to five independent power producers in Sabah.

SEC also exchanged documents with PETRONAS Gas Bhd (PGB) and PETRONAS Carigali Sdn Bhd (PCSB) for the sale of seven onshore gas pipelines in Sabah to SEC. In facilitating smooth transition, PETRONAS will continue to provide SEC the support on operations and maintenance of the gas pipelines under a separate transitional services agreement.

Datuk Seri Panglima Hajiji said: “The State Government is very pleased with the signing of the various gas agreements as it supports the growth of the downstream gas industry in the state. With the acquisition of PETRONAS’ gas contracts in Sabah, SEC has become the largest domestic supplier and transporter of natural gas in Sabah, moving more than 250MMscfd of natural gas to the existing IPPs.

“With a bigger customer base and control of the infrastructure, SEC is poise to further grow its gas business in Sabah. This is in line with the State Government's aspirations to see the increased participation of state GLCs in the oil and gas industry.

“The education MoU between UTP and USCF will further enhance the development of Sabah human capital and capability to support the Sabah Maju Jaya vision," he added.

Datuk Tengku Taufik said: “PETRONAS remains resolute in its commitment to support the Sabah State Government’s aspiration for its oil and gas industry. The agreements and MoU witnessed today signify the continued efforts under the Commercial Collaboration Agreement (CCA) to add value to the hydrocarbon resources and human capital development ecosystem in Sabah. PETRONAS believes that such partnerships with SEC and UCSF will responsibly realise the potential of the domestic oil and gas business for the economic growth and prosperity of Sabah and the nation.”