Mohamed Firouz Asnan is currently the Senior Vice President of Malaysia Petroleum Management, Upstream Business. He was appointed to this role in June 2019. He joined PETRONAS in 1989 as a facilities engineer in the Exploration & Production Division. Throughout the 32 years of his career in PETRONAS, he has progressed through a series of domestic and international assignments spanning both Upstream and Downstream businesses, including stints in the corporate planning.

As the Senior Vice President of Corporate Strategy from July 2017 to March 2019, he was instrumental in setting up the New Energy business of PETRONAS as part of the strategy to future-proof the organisation. Earlier, under his stewardship as the Vice President of Refining & Trading, Downstream Business from September 2015 to June 2017, the domestic refineries embarked on upgrading program to meet new fuels standards products whilst the trading business registered a sharp growth in profitability. From 2005 to 2009, Mohamed Firouz was the General Manager of Business Development Unit, Corporate Planning where he led several key M&A transactions which expanded the portfolio of PETRONAS. Later, he was posted to lead the upstream business in Vietnam with concurrent role as Chairman of PETRONAS Vietnam from 2009 to 2013. This was followed by his appointment as Chairman of PETRONAS Sabah & Labuan in 2013 to drive the implementation of the world-class Sabah-Sarawak Integrated Oil & Gas Project.

Mohamed Firouz is a registered professional engineer and a member of Institution of Engineers, Malaysia. He graduated with a B.Sc in Civil Engineering from University of Southwestern Louisiana and a Master of Business Administration from Massachusetts Institute of Technology as a Sloan Fellow. 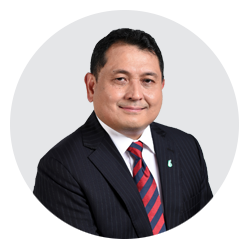 Azmir is the Head of Resource Exploration, Malaysia Petroleum Management, Upstream, PETRONAS effective 1 January 2022. Azmir first joined PETRONAS in 1996 as an Explorationist with PETRONAS Carigali Sdn Bhd. Since then, he has been involved in several exploration ventures in Malaysia and abroad, including helming leadership positions as the Country Manager of Brunei and Head of Atlantic Basin Studies. He is highly experienced in the commercial and corporate aspects of the business having taken on crucial roles as Head of Upstream Business Development, General Manager at the President & Group CEO’s Office, and Vice President of Strategy and Commercial at PETRONAS Canada in Calgary. Among his notable achievements include the Kelidang Cluster deepwater gas discoveries in Brunei, PETRONAS’ successful entry into Mexico and Gabon, assets high grading in Canada, and the reshaping of the Canada Monetisation Master Plan.

Azmir has a Bachelor of Science (Hons) in Geology & Applied Geology from the University of Glasgow, Scotland, UK. 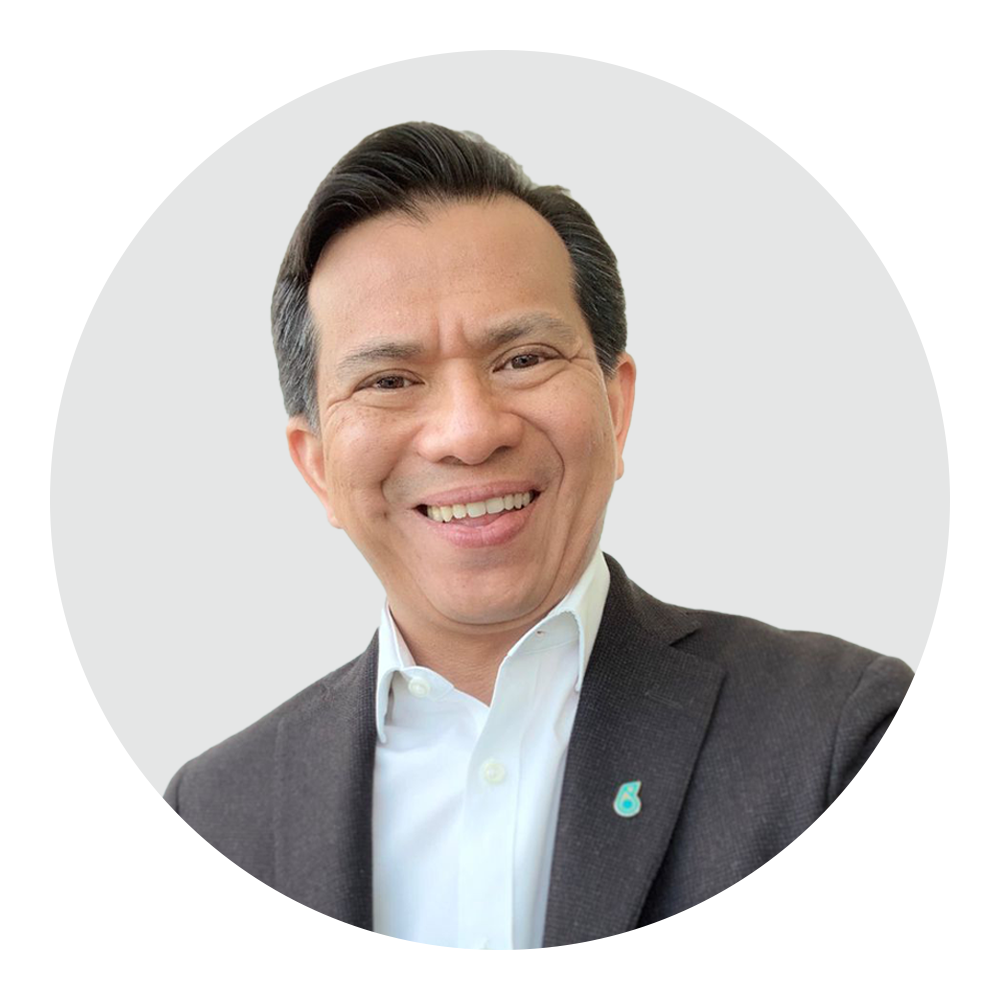 As the Head of Resource Development & Management in MPM PETRONAS, Aidil is responsible in leading his team towards maximising value generation through fields development & further development, production surveillance & optimisation, development project execution and drilling/wells-related aspects for all oil & gas fields in Malaysia. He is also responsible for the promotions and establishing petroleum arrangements for Discovered Resource Opportunities (DRO) as well as PSC extension or renewal for producing PSCs.

He has more than 30 years of experience in the oil and gas industry with assignments encompassing technical, commercial, operations and various aspects of the business, both in Malaysia and overseas. With his vast experience and passion in developing talent capability, he was appointed as the Skill Group Advisor for Petroleum Engineering fraternity in PETRONAS. He participates actively in key programs and initiatives of the Society of Petroleum Engineers (SPE) and other professional bodies in the industry.

Aidil graduated with a BSc in Chemical Engineering & Petroleum Refining from Colorado School of Mines. 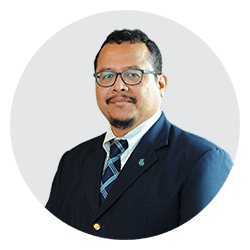 Handan was appointed as Head Production & Operations Management in MPM in early 2019, with almost 30 years of experience in project delivery and management. Prior to his appointment in MPM, he played a number of key roles in PETRONAS, including as Head of Garraf oilfield project delivery in Iraq, Head of Project Delivery (Upstream International) and Project Director for ENGEN Petroleum Ltd based in Durban, South Africa. Some of Handan’s outstanding contributions include delivering several Field Development Plans for oil & gas resources development in Malaysia, leading the achievement of the first oil in Garraf Field and the first deepwater decommissioning project offshore Mauritania.

Handan received his Bachelor of Engineering in Mechanical Engineering from University College London. 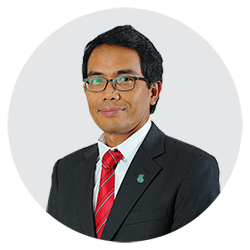 Maslina currently heads the Governance & Strategic Relations department in MPM PETRONAS, responsible to shape, steer and influence Malaysia upstream industry through formulation and governance of policies issued to petroleum arrangements contractors (PACs) towards continued long term investment; and through strategic relationship advocacy with various key stakeholders including Federal & State government ministries/agencies. Maslina graduated from the University of Melbourne with a degree in Bachelor of Commerce and spent 3 years in Arthur Andersen as a senior auditor prior to joining PETRONAS. She has close to 20 years experience in the oil and gas industry with various assignments and key projects such as the IPO of PETRONAS Chemical Berhad’s shares in 2010, the acquisition and de-listing of Progress Energy in 2012 and numerous structuring/restructuring and financing exercises of PETRONAS’ businesses, amongst others. Whilst in MPM, Maslina has played instrumental role in resolving regulatory and PSC fiscal matters involving PACs, Federal and State governments. 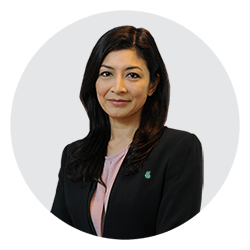 Aidid joined MPM as the Head Integrated Hydrocarbon Management in 2021. Leading up to his current appointment, he was the Chief Strategy Officer of Universiti Teknologi PETRONAS. Aidid brings with him more than 20 years of experience in both upstream and downstream businesses spanning from Corporate Strategic Planning to plant operations at PETRONAS Gas Berhad, a public listed subsidiary of PETRONAS.

He holds a Bachelor of Science in Engineering from Brown University, a Master of Science in Engineering Business Management from the University of Warwick, United Kingdom and a Doctor of Philosophy from New College, University of Oxford, United Kingdom. He also holds a Professional Engineer with Practising Certificate (Mechanical) license from the Board of Engineers, Malaysia and 1st Grade Steam Generation and Internal Combustion Engineer Licenses from the Department of Occupational Safety and Health, Malaysia. 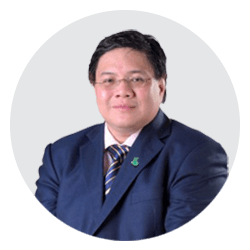 Zairul was appointed as Head of MPM Finance in 2019. He joined PETRONAS in 1997 and has held various finance leadership roles in domestic and international ventures including as the Manager, Budget & Accounts at PETRONAS Carigali (Turkmenistan) Sdn Bhd in Ashgabat, Turkmenistan and as Head of Finance of PETRONAS Carigali Sdn Bhd. He previously served on the board of PC JDA Limited. Prior to his current role, Zairul headed the Upstream Section in PETRONAS Group Corporate Finance, where he played a key role in negotiating and securing an external borrowing for PETRONAS Energy Canada Limited and a structured settlement deal for PICL Egypt Corporation (L) Limited. He was also a key member of PETRONAS negotiation team that concluded the commercial agreements signed with the State of Sarawak and Sabah in 2020 and 2021 respectively.

Zairul graduated with a degree in Accounting & Financial Analysis from the University of Warwick, United Kingdom. 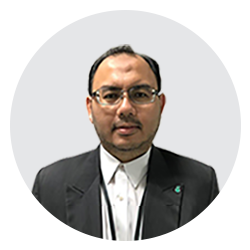 Shahriman assumed his role as the General Counsel for Malaysia Petroleum Management in mid – 2019. He brings along close to 20 years of extensive experience in both upstream and downstream businesses of PETRONAS, with key assignments such as the acquisition of Myanmar Yetagun assets, in the construction and delivery of Block 1 Phase 1 gas sales during his stint in Ashgabat, Turkmenistan and in the finalisation of technology licenses and shareholders agreement for Project RAPID of Downstream business. He was also involved in PETRONAS Chemicals Group Berhad’s business model change as well as cementing its involvement in Project RAPID directly as a feedstock supplier and shareholder. In his subsequent role as the General Counsel of PETRONAS Lubricants International, he was in charge in overseeing the legal undertaking of the Group globally including in relations to the supply of fluid technology to Mercedes AMG PETRONAS Formula 1 team. As the General Counsel of MPM, he has been actively involved in concluding the commercial agreements with the State of Sabah and Sarawak in response to the State’s increasing demand for petroleum autonomy and regulatory rights. 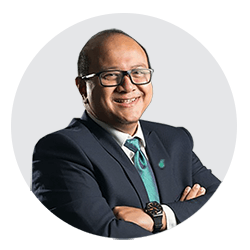 Shamsol was appointed as the Head of Health Safety & Environment in 2018. He has more than 17 years of experience helming multiple managerial and leadership roles in HSE, both in domestic and international operations. His vast experience includes developing, implementing, maintaining and auditing HSE Management Systems (HSE MS) as per the requirements of PETRONAS, for Malaysia and international standards.

He holds a Bachelor in Engineering (Chemical Engineering and Fuel Technology) and Master in Science (Combustion Science and Pollution Control) from the University of Sheffield, United Kingdom. 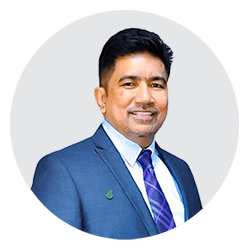 Suhana is the Head, Strategy & Portfolio (Asset) in Upstream with over 15 years of experience in strategy, portfolio, risk, planning, procurement and project management within the energy industry.

Prior to this, she was the Lead Engineer for Fabricator Supplied Materials at PETRONAS’ very first and largest integrated platform in Malaysia. She took on that role after serving as the Head of International Strategy for PETRONAS Upstream business. Before that, she assumed the role of the entity’s first Head of Portfolio Management & Risk for New Energy (now known as Gentari), supporting PETRONAS’ agenda in stepping out into Renewable and help realise 1GW capacity.

Suhana is passionate about capability development and has been instrumental in setting up Toastmasters, Young Professional Club and the Women Network for PETRONAS. She is also active in humanitarian work and was elected for the senior post of Vice Chairperson of Malaysian Red Crescent Society and led the highly successful vaccination program for the underserved community in Malaysia. Her other noteworthy contributions include the period where she represented Malaysia as Youth Team Leader in World Gas Conference for three consecutive years.

She holds a Bachelor in Electrical Engineering (Electronics/Telecommunications) from University of Melbourne, Australia. 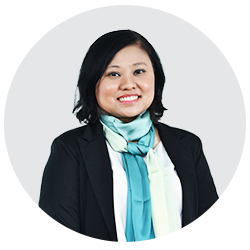 Stay Connected with Us
Sign up for email updates and be the first to know of the latest developments from PETRONAS.
PETRONAS Activity Outlook 2022-2024
Contact Us